A bestseller re-defined, the new Caliburn A2 Pod Kit is the perfect fusion of style, simplicity and performance.

Here at the Vapestore mothership, it’s fair to say that our proximity to the latest and best vape kits and e-liquids reduces us to the level of kids in a candy store with embarrassing frequency. And just like our customers, everyone one of us has a favourite type of vape kit to suit our individual needs, whether we’re fans of beefy sub-ohm kits, sleek and sexy pen-style vapes or the stealthy joys and convenience of disposable puff bars.

So it’s rare that you’ll find the bunch of us united in our excitement over one device in particular, a feverish anticipation that has only built with each agonizing new month of waiting. Thankfully though, the wait is finally over and the latest iteration of one of the most popular pod kits ever has arrived at Vapestore: the Caliburn A2 vape kit from Uwell.

When the original Caliburn landed in 2019, it took many vapers by surprise, given how Uwell had forged their reputation prior making stellar sub-ohm tanks and vape pens. The Caliburn is a refillable, fixed-coil pod kit in the mould of many similar devices at the time like the JUUL and Smok Nord, offering an incredibly lightweight and compact form factor that required barely any manual operation to enjoy great vaping on the go.

What Uwell did with the original Caliburn, however, was little short of magic: a fuss-free vape kit that actually overdelivered on its claims, producing the most astonishing flavour combined with an exceptionally satisfying draw never experienced before from such a compact device. Before long, the humble, affordable Uwell Caliburn was beating off stiff competition from the likes of such titans as SMOK and Aspire, becoming the benchmark for many closed-system pod kits.

It didn’t take long for Uwell to upgrade their stunning pod kit, releasing the excellent Uwell Caliburn G kit in 2020, which offered a more powerful battery, a dual airflow system and the ability to replace the coils rather than the whole pod, affording more freedom to tailor the experience for different MTL (Mouth to Lung) sensations.

Now, with the new Caliburn A2, Uwell have returned to the no-nonsense simplicity and incredible performance that made the original such a game-changer. The device is as sleek and lightweight as ever, easily slipping into any pocket or compartment. The kit has a built-in 520mAh battery that can be charged in record time thanks to the addition of USB-C charging, although it’s worth bearing in mind that the Caliburn A2 doesn’t ship with a USB-C cable.

Like the original the Caliburn A2 offers the choice between two modes of operation. There is a manual fire mode where you press the fire button to vape. Uwell have wisely re-designed the button on the A2 to be recessed, preventing misfires in the pocket, although you can lock the device with a few clicks of the button. And then there is the Autodraw mode – perfected by the original and, according to many vapers, never bettered – that lets you vape the device by drawing on it as you would a traditional cigarette. With the A2, Uwell have restricted the airflow just slightly, producing an even richer, more intense vape than ever before.

Another welcome addition is the new e-liquid window that lets you see just how much juice you have left in the pod. The new Caliburn A2 pods themselves connect to the battery with strong magnets and can be refilled by removing the cap which helps to prevent leaks and debris collecting in the mouthpiece. The pods include a fixed 0.9ohm coil for the most incredible flavour – equal to, if not better than the original Caliburn pods - and a smooth yet satisfying throat hit. As closed-system pods, when your coil begins to produce less flavour, you simply dispose of the pod and replace with a new one. Designed for a perfect MTL (mouth-to-lung) experience, the pods are versatile enough that they can be used with high-PG, 50/50 and nicotine salts eliquids. 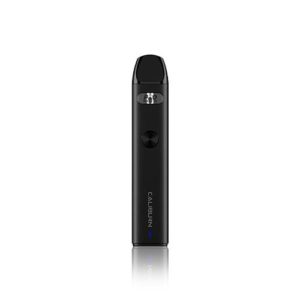 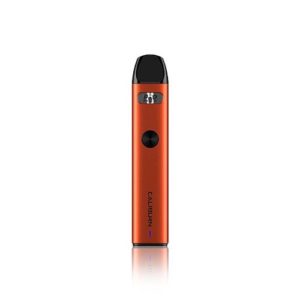 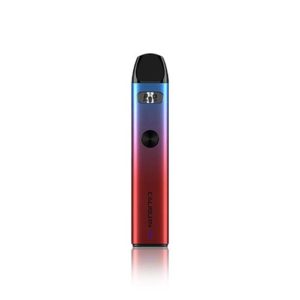 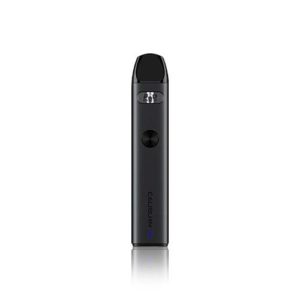 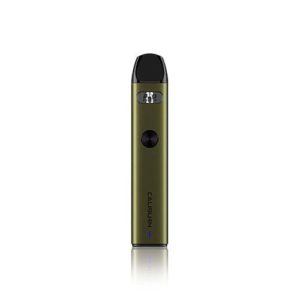 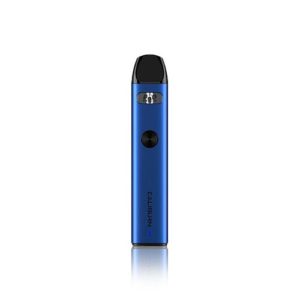 So, was our white-knuckled anticipation of the latest version of the incredible Caliburn pod kit justified? Judge for yourself when you pick up your Uwell Caliburn A2 pod kit from Vapestore today!