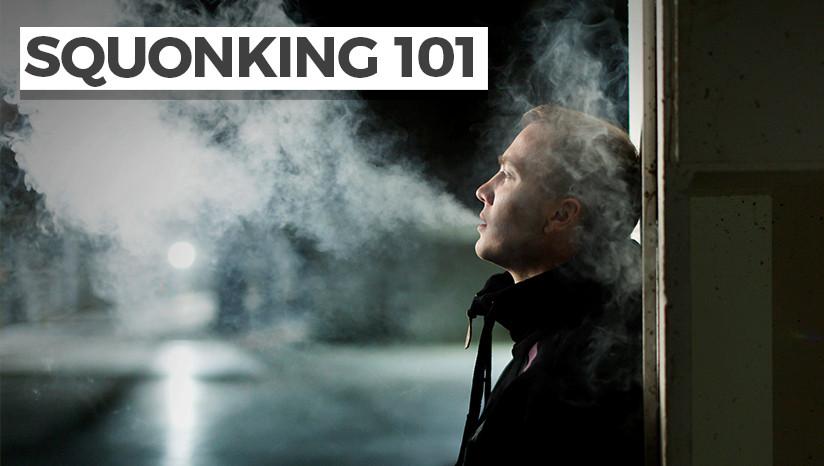 Squonk mods have made a splash in the vaping community in the last little while, and 'squonking' has quickly become known as a new and innovative way to maximise flavour.

If you've heard the term but aren't sure what it means, we're here to help you get to grips with the basics.

What is a squonk mod?

Squonking mods are very similar to the performance offered by rebuildable dripping atomizers. With an RDA, you drip liquid directly into your atomiser.

RDAs are popular because they make it very easy to switch between flavours and the process tends to produce denser clouds and bolder flavour than the traditional tank.

The problem with RDAs is they can be messy and inconvenient - you have to constantly carry a bottle of e-liquid on you and the process of dripping can mean you end up with e-liquid all over your kit.

Squonking offers the same performance but eliminates the need to actually drip each time by building a solution right into the design.

How does it work?

Squonk mods are bottom-feeding and carry your e-liquid supply inside the mod, allowing you to directly feed e-liquid to the atomizer.

The box mod has a small opening - called a squonk hole - that you squeeze to deliver a small amount of e-liquid to the atomiser and saturate the wick. When you release the pressure on the bottle, any excess will drip back into the bottle.

The past, present and future of squonking

Bottomfeed squonk mods have been on the scene since 2009, but it's only recently that they've reached more mainstream popularity.

Squonk mods and squonking atomisers are starting to pop up and are more readily available for vapers. People are searching for more information both online and in-store, which indicates these mods are offering something new and different to experienced vapers.

However, the future of squonking is still unclear. There's reason to believe that squonk mods wont pass the new tighter regulations of the TPD, meaning just as soon as they've risen to popularity they could disappear off the radar.

The new TPD rules mean the maximum container size of an e-liquid bottle is 10ml, and the maximum cartridge or tank size is 2ml. There also needs to be leak-proof refilling mechanisms in place, which among other things mean there's a restriction on the maximum drops per minute a dropper can provide. These are just a few of the rules that could spell trouble for squonking.